Given that the Grout Medic’s customer base is made up primarily of women, the company decided it wanted to support National Breast Cancer Awareness Month, which takes place each October. Nearly everyone knows someone—family, friends, or coworkers—who has been touched by breast cancer, and the team at the Grout Medic is no exception.

The Grout Medic began making its own contribution to recognize National Breast Cancer Awareness Month in October 2013. For every job participating Grout Medic franchises booked in October, that franchise contributed $5 to the Breast Cancer Research Foundation® (BCRF). BCRF, which remains one of the most fiscally responsible charities in the country, has earned 4 stars from Charity Navigator (out of four stars) for the eleventh time since 2002. Currently, a full $0.91 of each dollar spent by BCRF goes directly toward breast cancer research and awareness programs.The Grout Medic corporate headquarters is honored to participate along with the Breast Cancer Research Foundation as a way to give back to the communities that support its business.

About The Breast Cancer Research Foundation®:

The Breast Cancer Research Foundation (BCRF) advances the world’s most promising research to eradicate breast cancer in our lifetime. Founded by Evelyn H. Lauder in 1993, BCRF has raised more than $500 million to fuel discoveries in tumor biology, genetics, prevention, treatment, survivorship and metastasis. This year, we invested $45 million in the work of more than 200 researchers at leading medical institutions across six continents. By spending 91 cents of every dollar on research and public awareness, BCRF remains one of the nation’s most fiscally responsible charities. We are the only breast cancer organization with an “A+” from CharityWatch, and have been awarded a 4-star rating from Charity Navigator 12 times since 2002.For more information about BCRF, visit www.bcrfcure.org. 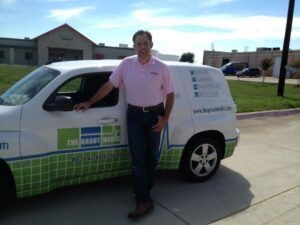